The Duke of Cambridge, a patron of the charity, joined Nile Rogers, Craig David and Ellie Goulding in the grounds of the palace for Centrepoint’s award ceremony and gala on Wednesday. 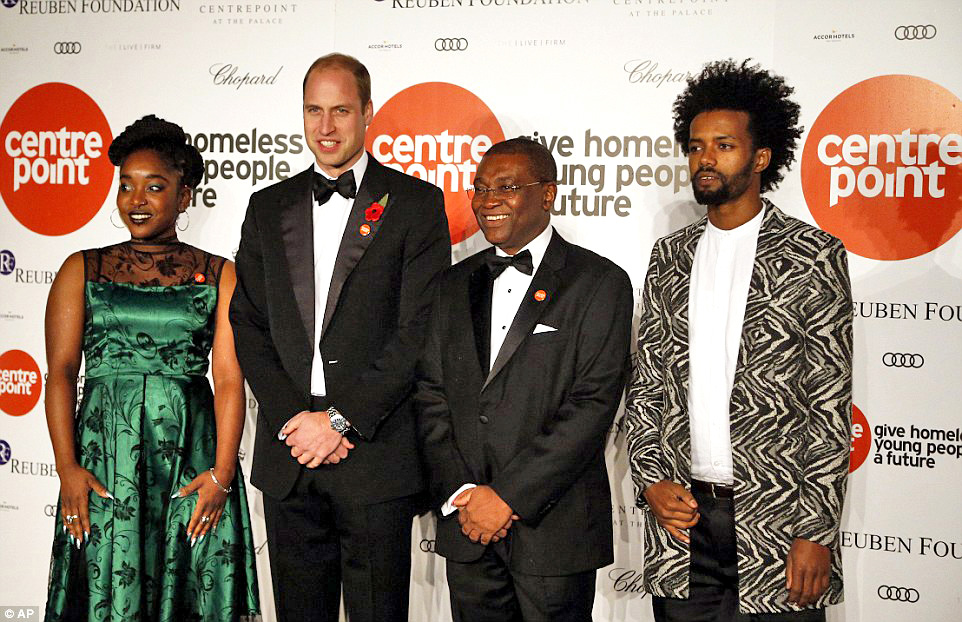 Centrepoint, which provides the homeless with a place to stay, tackles their health problems and helps them find work or enter education, hoped to raise one million pounds from the event.

Hosted by Centrepoint ambassador Jonathan Ross, the evening featured the second annual Centrepoint Awards, which recognise the success of young people who have experienced homelessness and overcome their difficulties with the charity’s help.

The Duke delivered a short speech during dinner about the charity’s work before presenting the awards.

Richard Utting, Event Director at Centrepoint described the event as “an unmissable evening’s entertainment for a hugely important cause.”

He added: “We need to make sure homeless young people continue to get the support they deserve and the opportunities they need to build a future for themselves.”